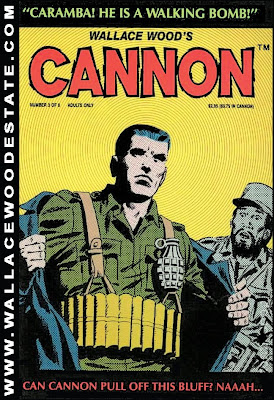 BIG NEWS DEPT: The Wood Estate is Teaming with Fantagraphics for the Biggest, Best CANNON Collection Ever! 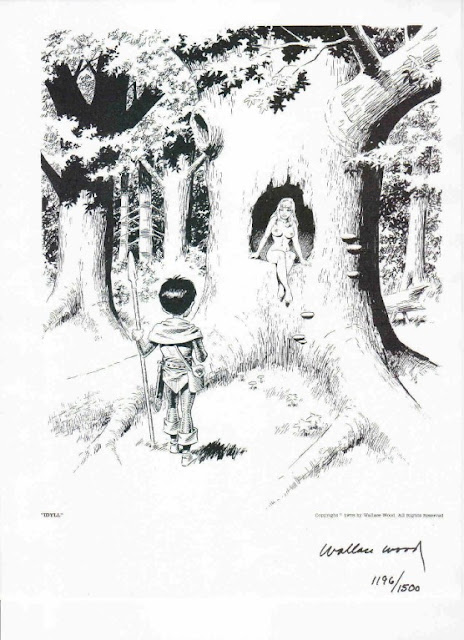 © Wallace Wood Estate. All Rights Reserved.
Some lovely trees here by Woody...oh, and if you look close, there's also an elf (Odkin?) and a naked lady. 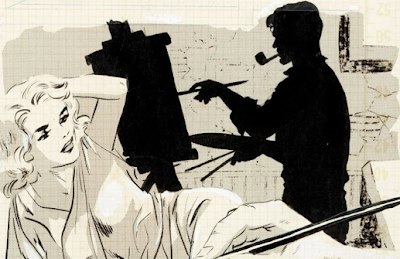 http://popculturesafari.blogspot.com/2012/11/wally-wood-confessions-illustrated-1-my.html
Posted by Booksteve at 7:08 PM No comments: 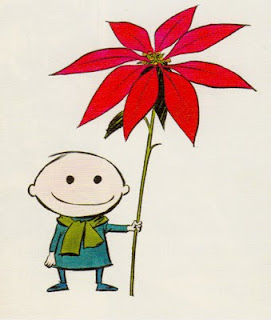 Posted by Booksteve at 7:32 PM No comments: 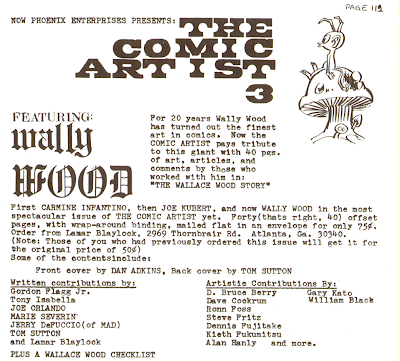 This is an ad for a fanzine from, I believe, 1969 or '70. I used to have it but not anymore. It's my recollection that it had a series of fannish articles and tributes to Wood along with spot illustrations and pin-ups of characters with whom Wood was normally associated. If I remember correctly, little or no actual Wood art appeared.
Posted by Booksteve at 8:00 PM No comments:

And the Winner Is... 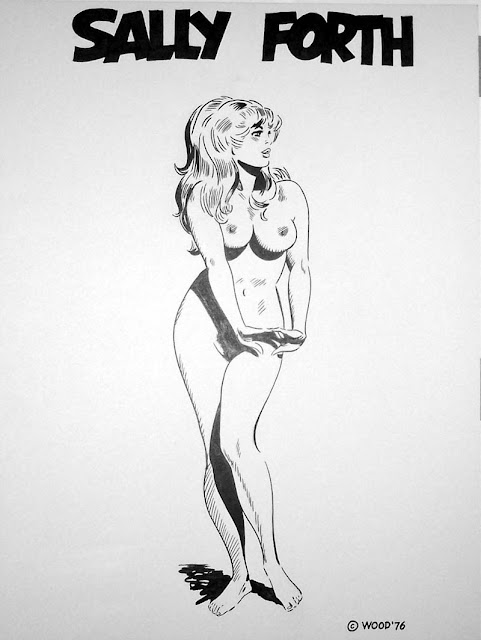 Oh, my gosh. You mean they STILL aren't re...What? What do you...? Oh. OH! We're on? We're on! Of course we're on! Hello there, Wood fans! Although we've been anxiously counting the ballots, we're still counting the votes from Florida! Enough precincts have reported in, however,  that we are calling the MISS WALLYWOOD 2012 race at this time for...SALLY FORTH in a landslide! 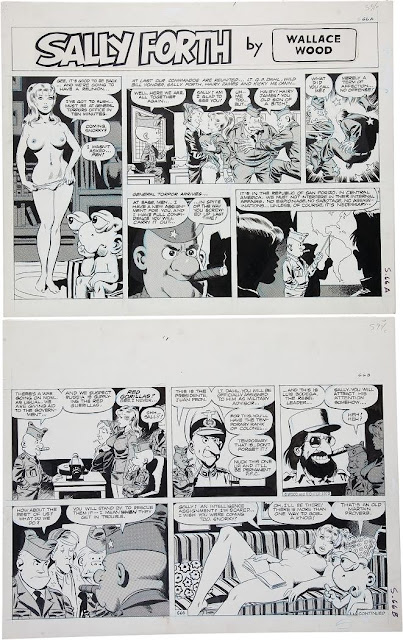 Sally received a total of 13 votes while the next closest competitors ended in a three way tie with 3 votes each! Should Sally be for any reason unable to complete her reign, a coin will be flipped to decide who will replace her. The three runners-up are Rusty aka The Iron Maiden, Kara aka Powergirl and Brenda, the lovely Warren sci-fi girl.


Greer, aka The Cat, received 2 votes and each of the remaining contestants at least got on the board with a single vote.

Thanks to all who participated! SALLY FORTH is, of course, tm  and Copyright Wallace Wood Properties, LLC, 2012.
Posted by Booksteve at 3:30 AM 2 comments:

Posted by Booksteve at 7:44 AM No comments: 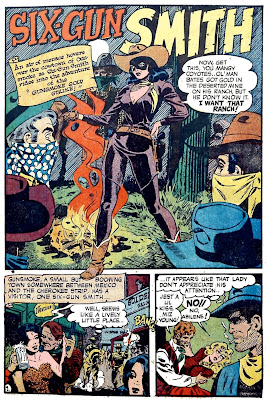 Four days to go to vote for Miss Wallywood 2012! While you're waiting for the ballots to be counted (we haven't heard from Florida yet!), check out this nice young lady, undoubtedly a previous winner of the award!

http://pappysgoldenage.blogspot.com/2012/11/number-1262-wally-woods-wild-west.html
Posted by Booksteve at 8:33 AM No comments: 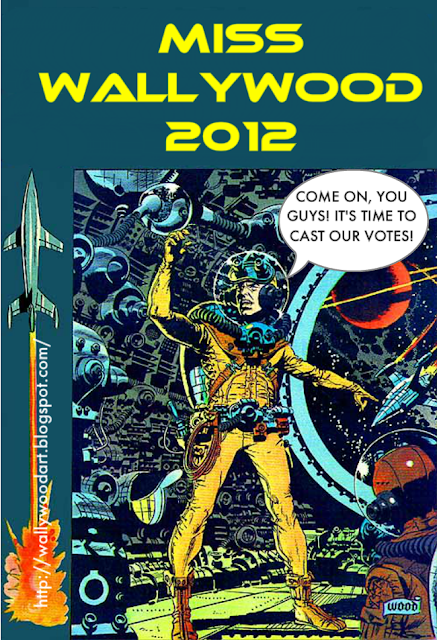 Now that that other voting is behind us, it's time to choose MISS WALLYWOOD 2012!
Email me at booksteve@aol.com
Contact me on Facebook
or just leave your vote in the comments here or for each individual contestant.
As of tonight, we have three votes cast in early balloting. One each for Greer, Brenda and Sally! There are 9 contestants. Who will win. Voting will continue throughout this next week with the winner to be announced on Saturday! 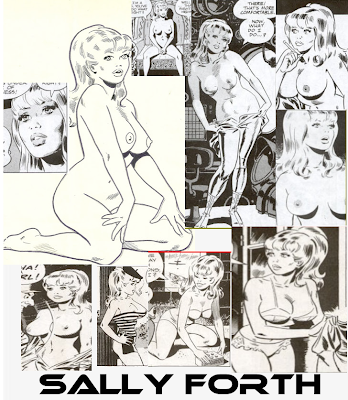