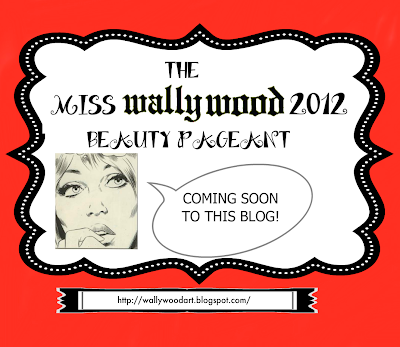 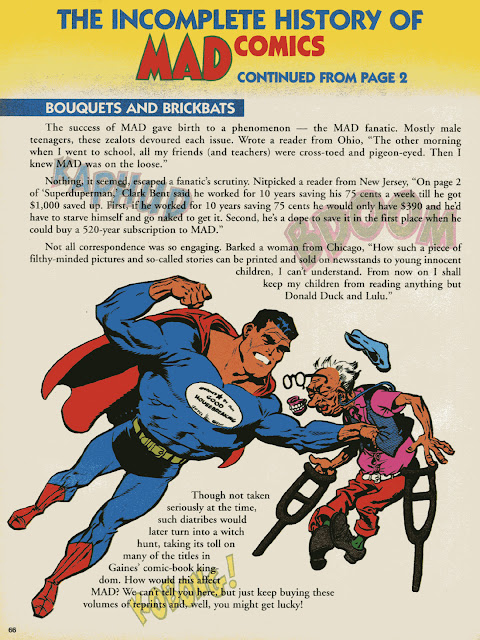 Jeff Overturf offers up THE INCOMPLETE HISTORY OF MAD COMICS, written by no less than prolific MAD author  and Bill Gaines biographer Frank Jacobs himself and serialized in late nineties MAD reprints. As you might expect, you'll find some Wood content there.

http://jeffoverturf.blogspot.com/2012/09/the-incomplete-history-of-mad-comic-book.html
Posted by Booksteve at 7:16 AM No comments: 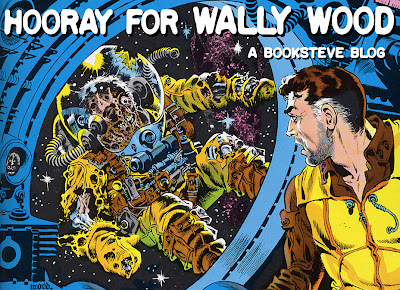 Very special thanks to artist and Wood fan extraordinaire Loston Wallace for putting together our new header! Check out his work at http://www.lostonwallace.com/
Posted by Booksteve at 7:29 AM 2 comments: 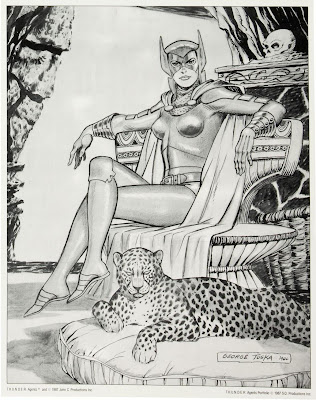 Here's a lovely 1986 George Tuska rendering of Woody's cult-favorite villainess, the Iron Maiden, from T.H.U.N.D.E.R. AGENTS. Go here to see lots of other rare art by comics artists including one of Wood's WEIRD SEX FANTASIES plates. 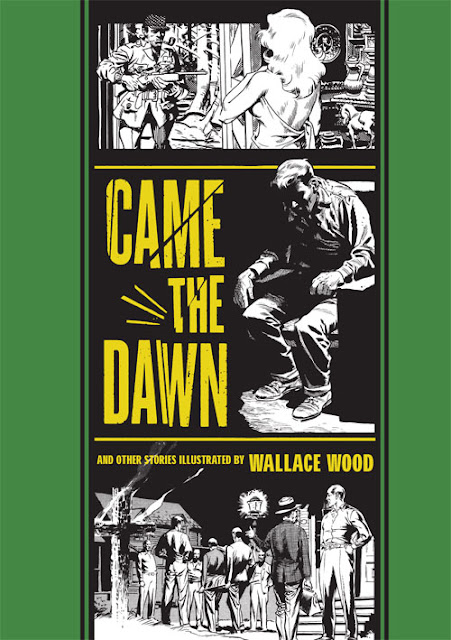 It's being reported on Facebook that Fantagraphics' new volume, CAME THE DAWN, has seen advance copies arrive at their offices today. The book, due to hit stores in October, is the latest of a number of Wood collections this year, offering all 26 horror and crime stories Woody did for EC in the 1950's. Although justly revered for his sci-fi and humor stories, the young artist had an intensity in the best of these stories that he rarely showed anywhere else.
You can get a 23 page preview PDF over at Fantagraphics' page: http://www.fantagraphics.com/browse-shop/came-the-dawn-and-other-stories-the-ec-comics-library.html?vmcchk=1
"Wood's work seemed like snapshots of a lush and vibrant reality where even madmen, monsters and mayhem possessed a stately grace. There might be pandemonium but, oddly, the panic never seemed to reach the eyes of Wood's regal heroes." - Geoff Boucher, The Los Angeles Times
"Legendary artist [Wally] Wood mastered every comic-book genre — humor (he was one of Mad's first artists), horror, superheroes, war — but is best known for the 1950s science-fiction stories he drew for EC Comics, in which, one commentator noted, he 'began drawing things into panels that no human being seemed capable of before.' His heroic spacemen, intricate rocket ships, and frightening aliens embodied classic space opera, and his influence remains visible in the work of many leading comics artists today." - Gordon Flagg, Booklist


http://grantbridgestreet.blogspot.com/2012/09/cannon-by-wally-wood-and-steve-ditko.html
Posted by Booksteve at 3:16 AM 3 comments: Copyright Wallace Wood Properties, LLC
Posted by Booksteve at 7:48 AM No comments: 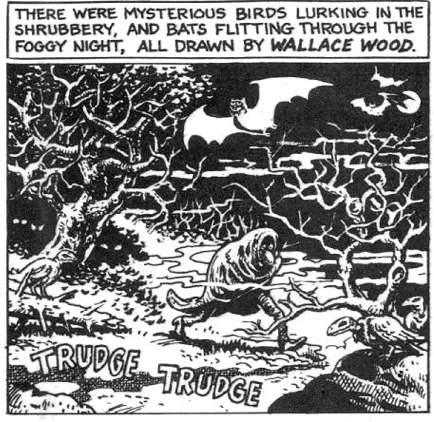 In 1983, the first issue of FAT FREDDY'S COMICS AND STORIES featured an EC homage by Gilbert Shelton, Paul Mavrides and friends. On one page, our hero trudged through panels done up in the style of various EC artists. Here's the Wood panel.
Posted by Booksteve at 12:25 AM No comments: