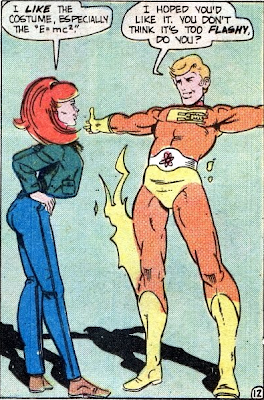 Arguably the most successful original creation to come from a former Woodworker, Nick Cuti's E-MAN (with Joe Staton) was Charlton's only major character of the 1970's. With the set-up the creators had, they were able to take him to First Comics for a long run during the eighties boom and have revived him a number of times since from various publishers. Here's the story that started it all, with exclusive annotations from Nick!
http://www.thecharltonstory.com/2010/10/e-man-no-1-october-1973-nick-cuti.html
Posted by Booksteve at 8:55 AM