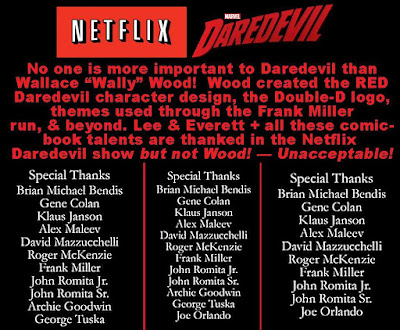 There is no logical reason NOT to give Wood credit on the Netflix DAREDEVIL series.
Posted by Booksteve at 7:37 PM