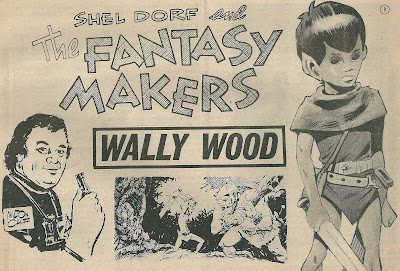 Little more than a year before his death, Wally Wood sat down with the now-late Shel Dorf in the midst of the hustle and bustle of the 1980 San Diego ComicCon in July of that year. Some months later the interview appeared in his CBG (or was it still TBG?) interview series SHEL DORF AND THE FANTASY MAKERS. Over the next couple of days I'll be running their talk as it originally appeared, edited only by the necessity of having to break up the tabloid size pages. It's interesting to note Woody's seeming optimism here at times in light of the after the fact knowledge that he was headed into the last--and worst--year of his life soon afterwards. 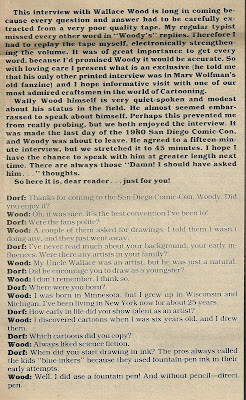 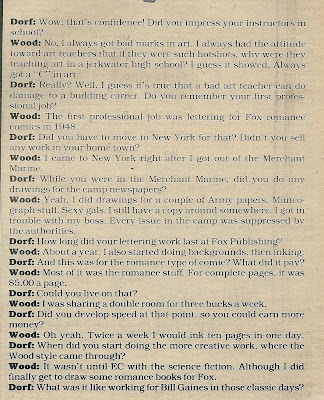 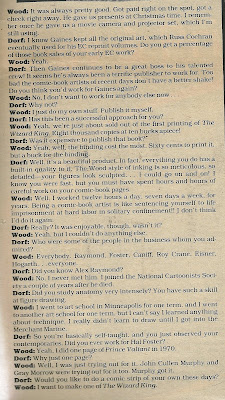 Posted by Booksteve at 4:25 PM