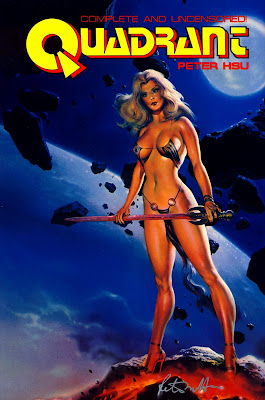 Peter Hsu was one of the assistants who worked with Woody on the second (and possibly the unfinished third) WIZARD KING graphic novel toward the end of his life. Hsu went on to do a number of sexy sci-fi/fantasy comics including QUADRANT, seen here in its collected version. These were all distinguished by black and white painted art highlighting gorgeous Wood-like blondes, all of which had seemingly been copied from adult magazines. In fact, some of his work showed them in ridiculous poses but discretely covered up. Others, like this one, remove the obstacles. Even as he focused on naked women in high heels fighting monsters with swords, the rest of his work, as seen in the images below, always continued to show a distinct influence from his brief time with Wood.  If I recall correctly, Mr. Hsu went into software design later on. 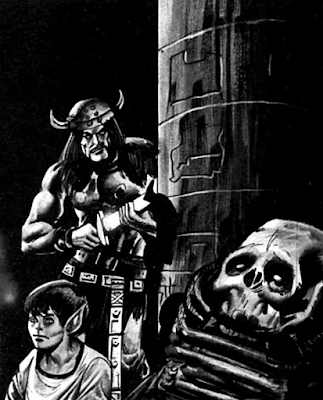 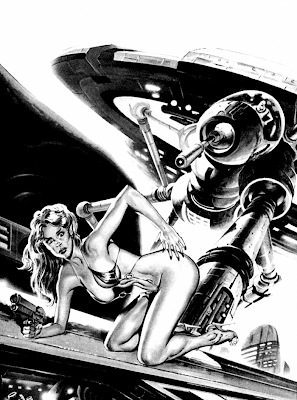 Posted by Booksteve at 1:19 AM