The Man From Outer Space by Williamson...and Wood? 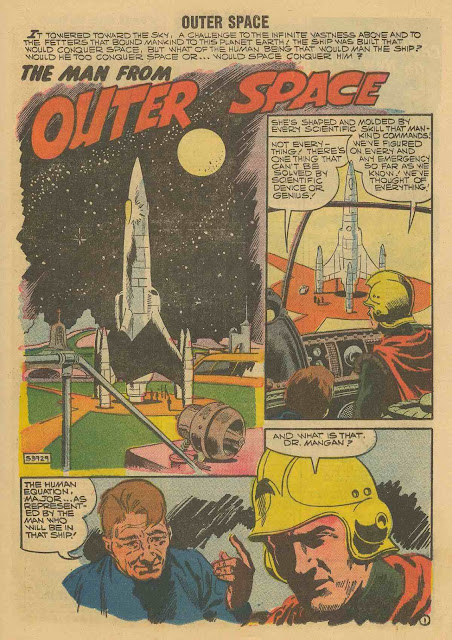 Although not listed in most Wood checklists, The Grand Comics Database speculates that Wood is inking his fellow EC sci-fi vet Al Williamson here on this 1958 Charlton story. Apparently it had previously been listed as Williamson with Sid Check. I'm not at all sure. Check's work always looked unpolished t me, even after Woody's work became very polished. I don't see a lot of things here that make me think Wood but I do see a few and they're pretty strong. What do you guys think? Bhob? David? Alan? Anyone else?
Some nifty Al Williamson art no matter who inked it! 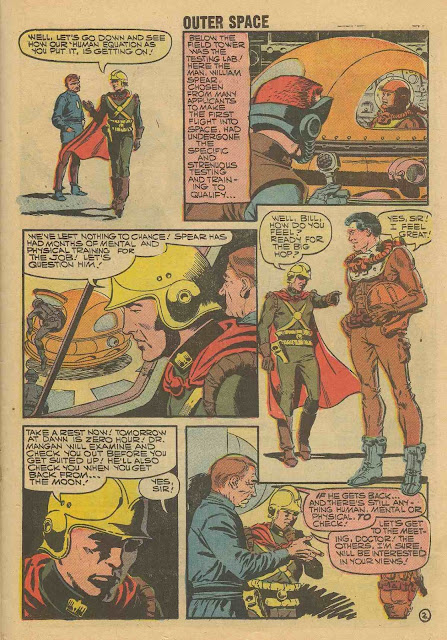 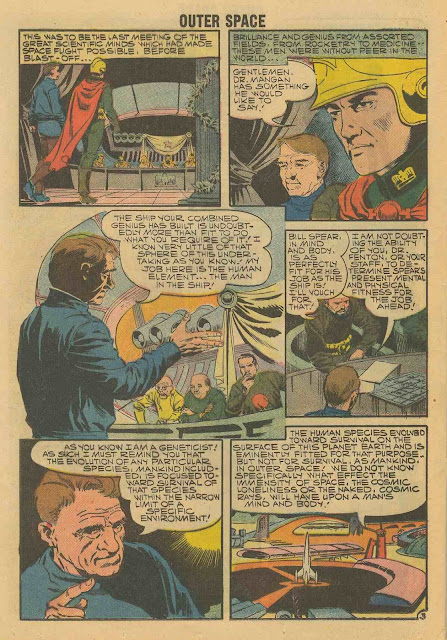 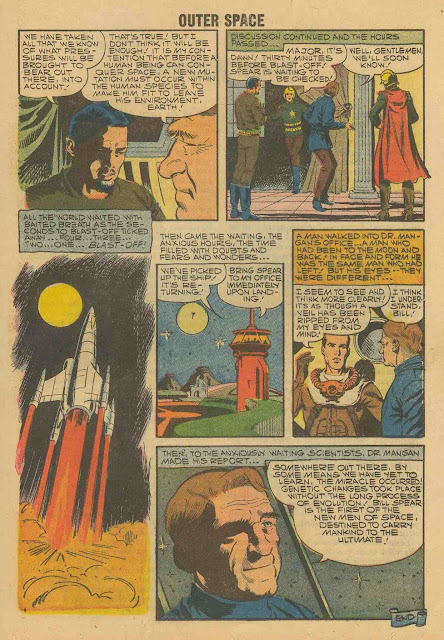 UPDATE: David Spurlock thinks it's not even Williamson. Perhaps Dick Giordano aping the EC sci-fi style. I can kid of see that...and this was Charlton after all. Dick was doing 80% of everything at Charlton in the late fifties.
Posted by Booksteve at 6:16 PM