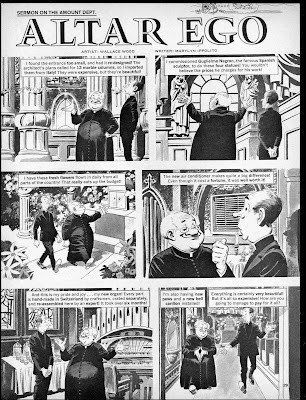 Here's Woody's slightly mysterious 2 page return to the scene of some of his greatest triumphs--MAD. Nearly eight years after he left under somewhat mysterious circumstances (some say he turned in a job that Gaines found unacceptable, some say the drinking was the issue...), there suddenly appeared this unheralded one-off reappearance illustrating a two page religious gag by one Marilyn Ippolito (?). In a later interview wit Editor Al Feldstein, he seemed surprised that Wood had returned at all and was not aware of the details of that situation. As always, we invite Wood insiders who might know more about this piece from Woody' camp to let us in on your expertise. Thanks. 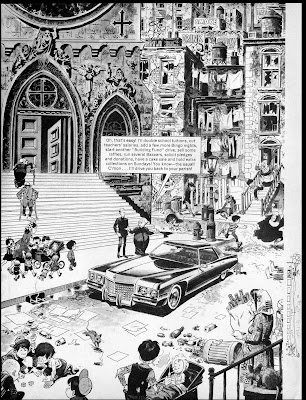 Posted by Booksteve at 3:50 PM