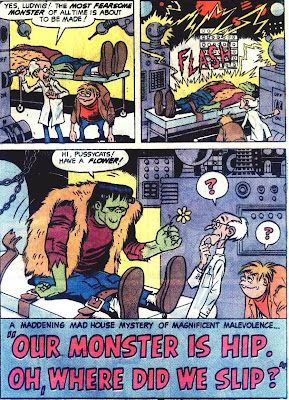 Here's a humorous monster tale from Archie Comics' MAD HOUSE ANNUAL of 1973. As that book is made up of reprints, I'm going to assume that this particular story was actually printed several years earlier. Certainly, based on the hippie jokes, no earlier than 1967 and probably no later than 1970. That part is easy. The question is: Is it by Wally Wood? As usual on MAD HOUSE stories, there are no credits here and the book is not listed in Stewart and Vadeboncouer's Checklist. GCD is silent on the contents of pretty much the whole darn series in spite of the fact that it ran in various formats for nearly two decades.
Starting out in 1959 as a late entry MAD rip-off featuring the regular Archie gang, after the first couple years, the title became a mish-mosh of pop culture humor from surfing to superheroes to monsters to hippies to whatever was "hip" at that moment.
This story could certainly be someone swiping Wood. The machinery, in fact, doesn't quiiiiite seem Woody enough. The characters, especially their faces, do, though. Even background characters. Is this Wally Wood? If not, it's certainly a good homage to Wood! I'm leaning strongly toward "Yes, " though, in this case. What do YOU think? 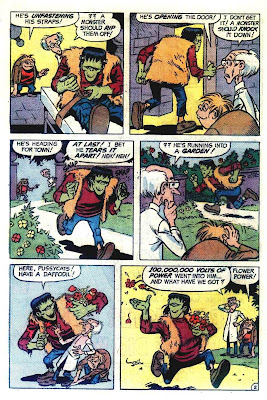 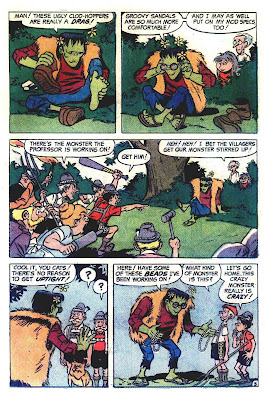 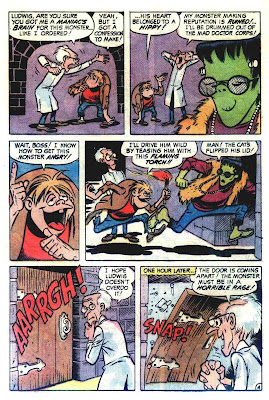 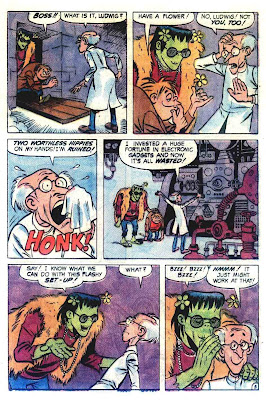 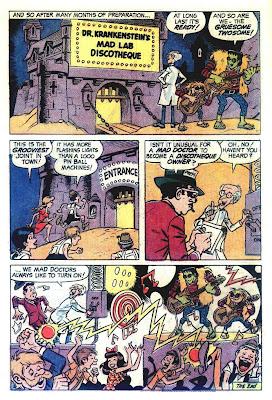 Posted by Booksteve at 8:35 PM