Malfunction by Cuti and Howard 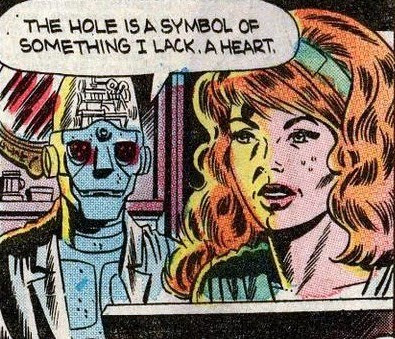 Almost missed this post from GRANTBRIDGE STREET. Charlton's MIDNIGHT TALES was a vehicle for former Woodworkers Wayne Howard and Nick Cuti. Here's a Cuti tale from that series with even more Wood-like art than usual from Howard. It's a nicely done variation on Eando Binder's classic "Adam Link" stories which had themselves been adapted twice by another former Wood associate, Joe Orlando, first for EC and later for Warren.

http://grantbridgestreet.blogspot.com/2010/01/malfunction-by-nicola-cuti-and-wayne.html
Posted by Booksteve at 9:44 PM