Kirby With and Without Wood 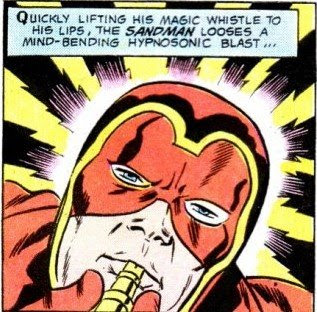 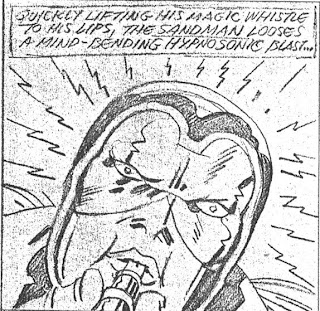 I've mentioned a number of times the magical combination of Jack Kirby's artwork and Wallace Wood's inks. Kirby, of course, was no slouch on his own without Wood's help' Here, though, we have a couple of panels from their late period teaming on SANDMAN in 1974 that demonstrate just how much of an impact Wood could have on the King's pencils. Kirby's looks just fine and a finisher like Mike Royer or most of Jack's other later inkers would undoubtedly faithfully ink every jagged little line and shadow but Wally (no doubt with assistance) smooths the sharpness all around and adds blacks that frame the face as well as accentuate the lightning effect. Kirby's dotted eyes become much more realistic and the mask looks more fabric than metal.
Posted by Booksteve at 2:48 AM