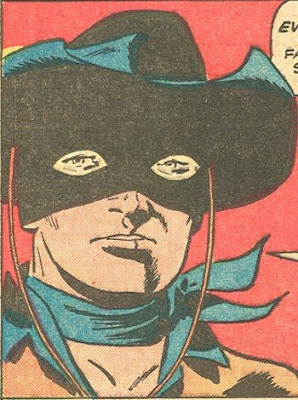 Here's an oddity. It may be nothing or it may, in fact, be hitherto unknown Woodwork. TWO-GUN KID was a long-running Marvel western title and its longest-running artist was veteran cowboy cartoonist Dick Ayers. Issue 69 of TWO-GUN KID was dated April, 1964 which meant it would have come out around the same time as other April Marvels, probably in January. DAREDEVIL # 1, drawn by Bill Everett, was also dated April, 1964 and actually has a full page ad in that issue of TWO-GUN KID (watch for it to be posted soon at BOOKSTEVE'S LIBRARY). Wallace Wood's first issue of DAREDEVIL was dated December of 1964 meaning it probably came out around September of that year.
My question then is...how come these few panels in TWO-GUN KID # 6 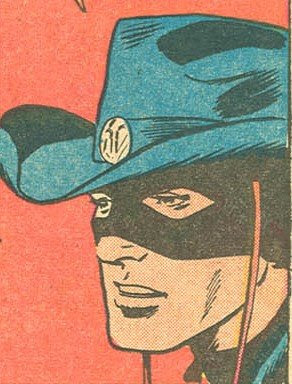 9 appear to me to have been inked by Wally Wood? The rest of the story was drawn by Ayers and looks vaguely Kirbyesque like much of Ayers' work during that period. Is it just my Wood-tuned imagination at work here? As most people know, the fabled Marvel Bullpen really did not include all of the artists. Most of them worked from home and had their pages either shipped in or else delivered them themselves. Ayers presumably worked at home and was inking himself during much of this era. What if Wood, perhaps already feeling around over at Marvel at the beginning of the year, just happened to be there visiting when Stan or Sol or so 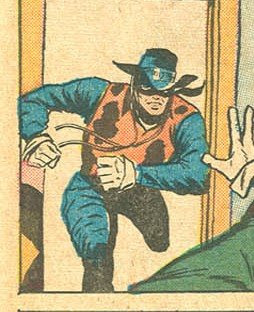 mebody needed some inking touchups on a few panels of Ayers' already delivered pages? Is that too hard to imagine? Ayers, to the best of my knowledge, never tended to show any leanings toward Woody's style either before or since. Could TWO-GUN KID # 69 contain at least a little bit of secret Woodwork or is it just me? Ronn? Bhob? Anyone?
Posted by Booksteve at 2:21 PM