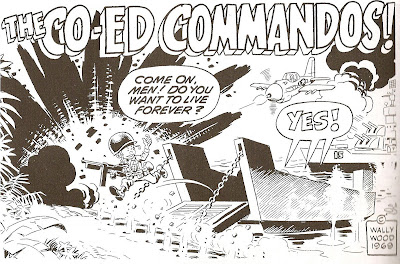 One of the unsung Wally Wood characters is Lt. Q. P. Dahl from the SALLY FORTH comic strip the artist produced for the milit 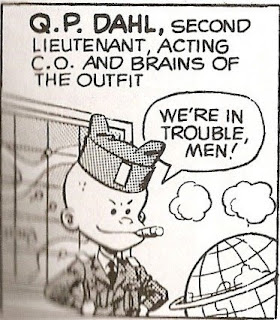 ary. He may look like a cute little boy but he's a hardened battle veteran and a wily, clever, cigar-smoking (and cute as a button!) 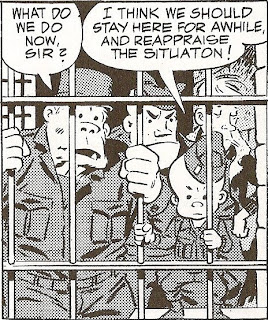 soldier. He was originally designed by Wood in the late sixties for the CO-ED COMMANDOS strip that eventually became SALLY FORTH. He is, in my opinion, a much better written character than Sally herself, an innocent cipher with a few inadvertently funny double entendre lines at best. She often simply reacts to what's going on around her (usually whilst naked, of course) but QP takes charge, and, in his own sitcom-style, sometimes bumbling way, usually wins the day and s 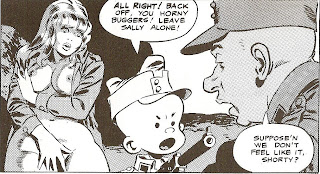 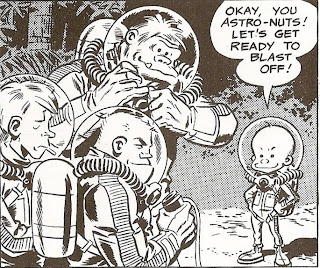 s heroine. We salute you, Lieu 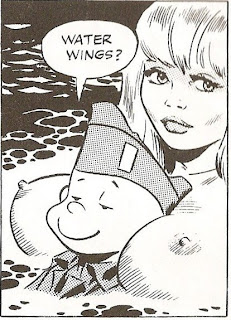 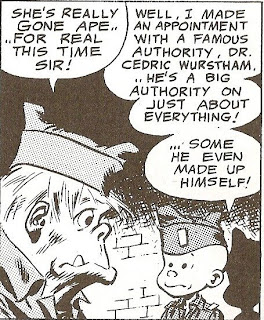 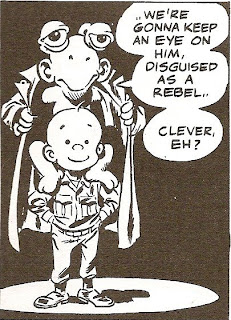